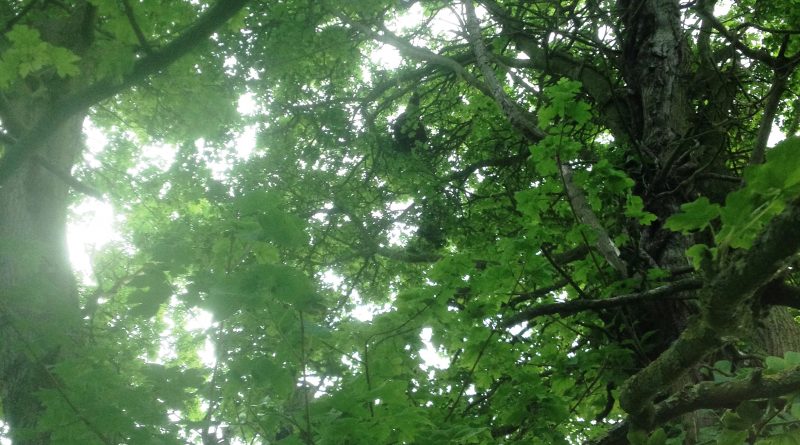 As we move from the cold wet end of last month we are into the territory of what is known as the ‘June Gap‘ when the spring flowers all fade away and we await the arrival of the first true summer blooms.  During this time the bees just stay in the hive keeping the brood warm and hopefully persuading the Queen to keep on laying ready for the next Nectar Flow.

By now hopefully most of us will have taken off the spring crop of mainly Oil Seed Rape honey, as by this time it will have crystallised in the comb and is a real nuisance to deal with by scraping back to the central comb or melting down and putting new foundation  into the frames.

But one thing is for certain, if you have been able to keep the bees in your colonies (no swarms or casts!)  there will be a good nectar flow from the Blackberry, Lime and other summer flowers after all the rain in late May and earlier June.

You need to ensure you have plenty of supers on the hives and move brood combs full of honey out of the brood chamber and replace with foundation or a drawn brood comb, so the Queen still has plenty of room to breed.  This comb can be used in breeding nuc’s or stored safely ready to place back into the brood chamber in the Autumn for their winter food – unless the comb is well past its’  best and needs discarding once the bees recover the honey.

Keep up your regular inspections, recorded in your Hive Record Sheets, as we are not out of the woods yet when it comes to swarms and follow up casts.

One of the many reasons that will ‘kick off’ the swarm initiative in the hive is overcrowding, so give them plenty of room and yes put on that spare super just in case.

If you find Queen Cells with a well fed grub in, you need to take action and remove the old marked Queen into a Nuc with a few bees and combs with brood and plenty of food but NO queen cells.

You can then allow the queen cells in the parent hive to expand and be sealed but you must then go back into this colony and destroy all but one of the queen cells.  If you don’t, you run the risk of a number of small casts leaving the hive as each Virgin Queen hatches. 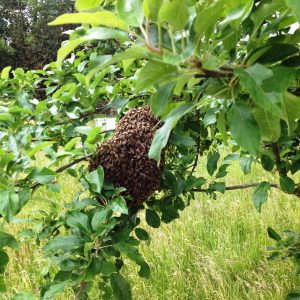 Those of us who have had colonies swarm wait in eager anticipation for the 2017 Queens to hatch, mate and start laying, so we can get them marked and clip one wing to prevent future escapes.

But sometimes the Queen doesn’t make it back from the mating flight or just doesn’t mate properly so you end up with a Drone Layer.  You will easily spot this as a couple of things happen.  Obviously all the eggs laid will and can only develop into Drones.  The second issue will be the mood of the colony will change and if there is no Queen in the hive producing the pheromone they distribute to keep every worker happy, they become rather aggressive!  Well, in fact, very aggressive as they must be aware the colony is going to fail and you will hear a Queenless ‘ roar’ from the brood chamber as you open up the hive.  As a matter of some urgency you will need to take some positive action or the colony will die out or eventually as worker numbers diminish, be robbed out by the rest of the Apiary.

You can take a fresh comb of eggs and young grubs and put into the Queenless colony and hope they build emergency queen cells.  But if there is a Drone Laying Queen in the colony this will not work

Step 1:  So you need to put a spare floor and brood chamber on the original site with a couple of combs from the drone layer colony (all bees shaken off) into this new brood chamber.

Step 2:  Then put a queen excluder on top of the new brood chamber, followed by an empty super if you have one, and shake all the bees from the drone laying colony onto the queen excluder.        The workers will go through onto the empty brood combs below leaving the Drone Layer or sterile Queen above the queen excluder so you can then dispatch her.

Step 3:  You then reassemble the hive, put in your comb of fresh eggs and grubs or introduce a mated Queen in a cage (they will kill her if you try to put her straight into the colony) or a sealed        Queen cell from another colony if you are lucky enough to have one.

Step 4:  Release the Queen from the cage after a couple of days and then leave alone for at least ten days to see how things have gone.

Step 5:  If all of this doesn’t work,  just unite it with another weaker colony.

Plan ahead and try to mark all your young Queens it will make life a lot easier in the Apiary and they are easier to find when there are few bees in the hive .

June should be a productive month if all goes well weather wise, but don’t forget to look under the hive floor as some Queens get lazy and instead of ‘flying off’ will crawl under the hive and start a colony there.

Easy to deal with if you spot them soon enough, as you can just remove the floor and shake them onto new combs/foundation on a different site a few feet away.  I always leave them to settle for a couple of days and then feed a couple of pints of weak sugar syrup to give them a boost. 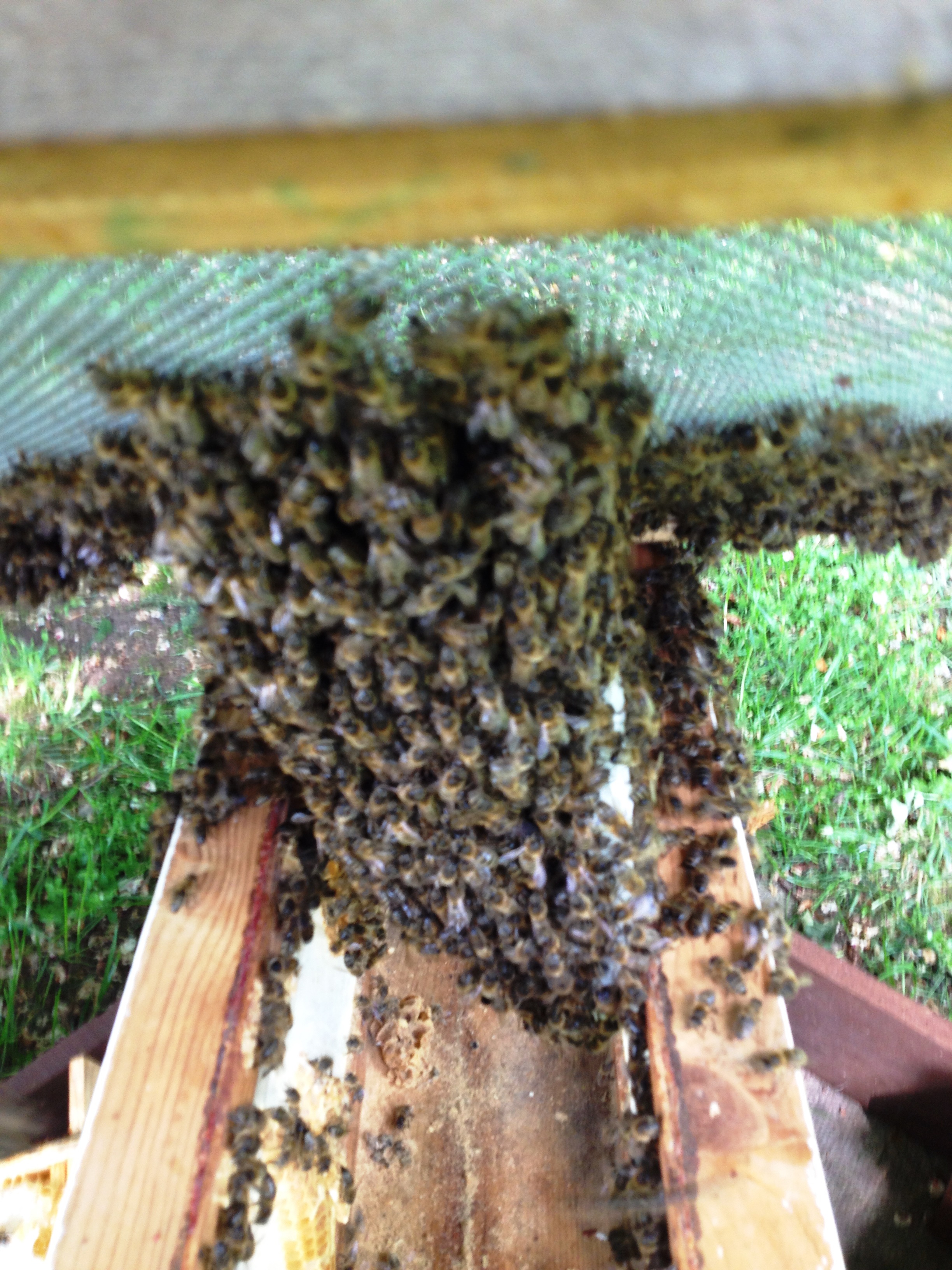 Building comb under a floor

Watch out for the heat of June and work your bees in the morning or late evening when the heat of the day has passed or your bee suit will become like a sauna!

If it gets hot in the hive don’t be alarmed by the site of a ‘beard of workers’ hanging under the front entrance it is one of their novel ways of keeping the hive cool and waiting for the nectar to start flowing again.