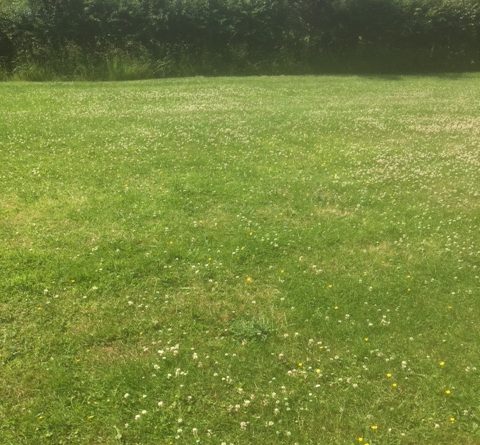 As the warm weather starts to arrive, the main Summer nectar flow has started to kick in with Field Beans, Clover and  Lime Trees all flowering well throughout the month.

But I had to get the Oil Seed Rape honey off at the start of the month before it all granulated in the comb, meaning the only way to get the honey crop out is to cut the combs out and melt it down.

Please note this is a sticky process however careful you are hence the newspapers in the picture protecting walls, kitchen units and the floor!

There will still be those colonies that try to swarm so please keep the regular inspections going and use any Queen cells in Nucs rather than destroying them all !!

I always leave hives or Nuc’s well alone for 3 weeks once I find Queen cells, giving the young Queen time to mature and then take her first mating flight.

We try to mark our Queens once we see eggs or grubs in the brood combs.

If the nectar flow stops for any reason, as it did late May early June, I try not to handle the colonies more than I have to as everybody is home in the hive and they may be defensive.  The extreme heat we had in the middle of the month dried out all the flowers, stopping the nectar flow dead and leaving some very unhappy bees.

Then of course at the end of the month we had thunder storms which may have helped the gardens but did little to help the thriving colonies.  But as ever this will prolong the nectar flow later and the Blackberry bushes will just keep on flowering.

If I have a really strong colony or two in the Apiary, I will put a brood chamber full of fresh foundation just above the Queen Excluder and below the supers.  This should result in beautifully drawn fresh deep brood comb which I can extract the honey from and then use the new frames in brood chambers rather than using foundation.

Yes, we Beekeepers find we never have sufficient spare equipment!

On those strong colonies you have in the Apiary, ensure they have at least two if not three supers on them.  They will need the room for processing the nectar which will pour in over the next few weeks. Beekeepers are always optimistic!

June /July are good months for breeding young Queens giving them time to mature and mate ready to lay through into next year.  I would encourage everyone to breed a couple of young Queens ready for replacing any older ones that start to fail as the season advances or, as in a couple in my Apiary never got going this year, replace failing Queens.