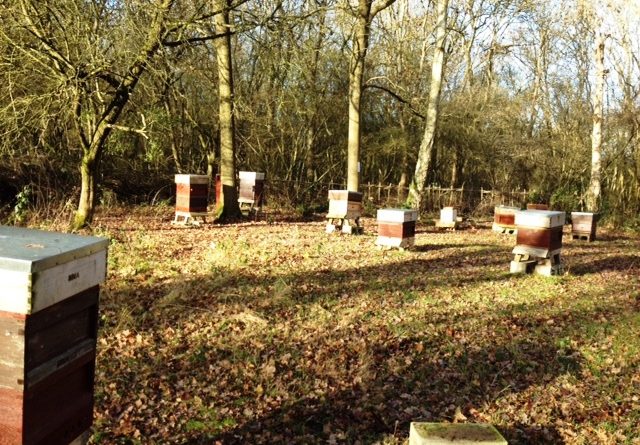 At last those weather systems of winter have arrived to settle colonies down into their cluster to combat the cold and the wet.  The month started off warm with little rain, enabling colonies to keep active with water supplies being  topped up and cleansing flights to keep the interior of the hive ‘spick and span.’  But now cold and lots of wet have arrived which means no movement from the colonies as they settle into that period of time where they cluster, the Queen stops laying and they consume their hard fought for winter stores.

Those of you that need to ‘ trickle treat’  Varroa in the cluster,  this is a good time to carry out this measure as the colonies will just about be broodless by the end of the month.  I see there are yet more licensed products on the market advertised in all the Bee literature publications that have recently arrived in the post.

Those of you who treated well in August /September should not have to worry about this unless you find a large number of dead Varroa mites on your floor slides, which will need cleaning off once a fortnight as the winter progresses.

As we have had such a warm dry Autumn the Fungi, no use to bees I know, have given us some beautiful displays before wet and cold arrives.  It’s amazing what appears when old wood and grassland is not intensively cultivated. 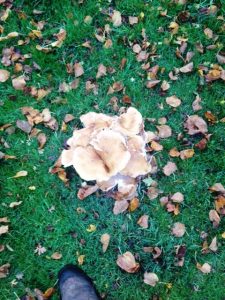 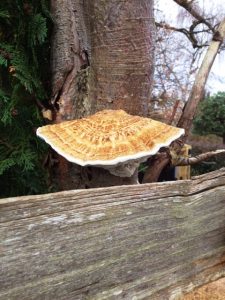 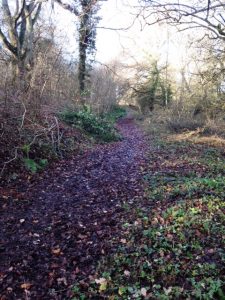 It will pay you to take a quick ‘peek’ into the top of the hive to ensure the cluster has a good lump of Fondant above them so we don’t end up with a lot of isolation starvation as we did last winter.  If no sign in the top, look at your floor slide – the droppings of wax crumbs and other debris from the cluster will tell you their location.  Yep, a bit early for that but last year many of us were caught out with plenty of stores in the Brood box but not where the starving cluster was!

It is also time to get that 2.5 meters of rabbit wire or plastic sacks around/onto the hives so the Green Woodpecker cannot sit on the ledge side of the hives and drill away.  This normally happens when the ground is frozen and they cannot feed except at or in your well stocked Beehives!

Those of you with WBC hives can smile smugly as the double wall of the lifts appear to keep the Woodpeckers at bay!

Other than making sure your hives are waterproof and cannot blow over in the gales to come, not much else to do but repair hives in workshops, read a  few good books and put your feet up after getting ready for Christmas.

Oh, one last thing.  Those of us that visited the Association Apiary this season would have been dodging the European Hornets that had nested in the Wood Workers’ shed next door to the Association summer house!  Well whilst up at the Wood earlier in the month I was lucky enough to find the shed open with one of the ‘Woodlanders’  team  and get some pictures from the inside where the glass window is located.

The nest was between the window glass and the plywood used to shield the windows from human vandals.  I know my camera skills need improving, but it was only taken with my mobile flash on in a dark interior.

A beautiful site and nobody, as far as I know, got stung by these predatory insects, although we would have lost a few worker bees over the season.  The Queen Hornets like the wasps will have now gone into hibernation, abandoning their nests, ready to start elsewhere next season.

Have a good Christmas break and let us see what type of a season 2019 will be – as ever be optimistic.