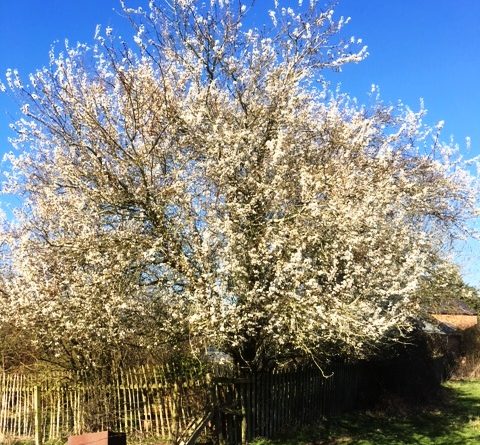 After a warm February we have returned to normal wet and cold temperatures of March, with the colonies getting out on cleansing flights or foraging where  they can.

This, for me, is one of the more difficult months as the Queens will have started to increase their laying to replace the ‘old winter bees’ with youngsters ready for all the spring trees, shrubs and the good old dandelions breaking into flower with loads of pollen available, weather permitting. But, and it can be a big but, have they sufficient stores to get them over the next few weeks until we get a decent nectar flow?

I’m not advocating opening colonies yet, it is still too cold on most days, but you need to check they have sufficient stores above the cluster and elsewhere in the hive.  If in doubt, put on lump of fondant directly over the cluster or use a Pollen Patti if you have any to hand.


But beware – if you stimulate the Queen  make sure you have plenty of room for the increase in the size of the colony and plan to get a couple of supers on once the Brood chamber has bees on most combs.

Next month if necessary, we should be able to feed syrup if they are still short of stores or to stimulate the Queen to increase her laying ready for the Oil Seed Rape, which is growing like mad in the fields now most of the winter frosts have gone.

Those of you that managed to get to Bee Tradex  will have planned ahead and grabbed a few bargains, which in many cases will need putting together be they hives or frames. If you have the time and space it is a good idea to get everything constructed and in the Apiary ready to go because as we all know the bees will catch us *napping.*  Otherwise you will be finding Queen cells that necessitate a split of the colony, or you’ll be chasing swarms around the neighbourhood!

Last year there were few swarms due to the hard winter and colonies struggled to recover.  This year will be very different with strong colonies already evident and early swarms can be expected if you don’t intervene.

By the end of the month we will be able to remove all our Woodpecker Protection as this normally ground-feeding bird will have plenty to eat as the soil/pasture is no longer frozen and there are much easier pickings elsewhere.  My rabbit wire will be neatly rolled up and put on top of the Bee storage shed ready for use next Autumn.

As the days warm, the Queen Bumble Bees are out in droves well before most of our hives have stirred, but the good thing is there is plenty of early spring pollen around so no concerns about competition as they appear to have in some urban areas

It is also time to check your hive records are up to date and accurate.

I keep a book with each colony numbered so I can ensure I’m aware of progress in each hive and which ones I need to breed drones in and which ones to breed Queens from.  They may be different. But a ‘Hive Record Card’ in a ‘Heavy Duty Punch Pocket’ to prevent the bored bees chewing the paper, will work just as well.  The important issue is that you keep records of what you see inside or outside the hives.

Those weekly checks starting early May to prevent swarming and place on even more supers(!) will merge into one memory and as one well known Barrister used to say in court: ‘If it is not  written down at the time it did not  happen.’’

Next month – Time to remove those tatty old Brood combs you put in position one and eleven ( one and ten for those using WBC hives) last year hopefully before the bees occupy  them and replace with drawn comb or foundation.  If not, how to replace all the Brood Combs in a Bailey Comb change.